Tere Bin Laden, an India-made comedy movie set in Pakistan, produced by Walkwater Media. “Tere Bin Laden” means “Without You Laden”.  It’s about Pakistan journalist named Ali Hassan (Ali Zafar) that is desperate to get a visa of United States. He wants to migrate to US to chase his American dream. He has been tried many times and many ways to get a US visa officially, but it didn’t work. 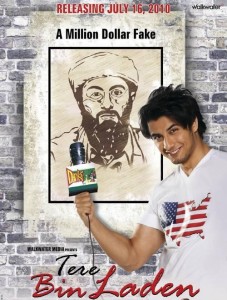 One day, he wants to get US visa illegally, but he has to pay some moneys for that. So, to get some money he tries to make a big news. He makes a news about “Osama Bin Laden”, the most wanted person at that time. He makes a video as if the real Osama gives a statement. 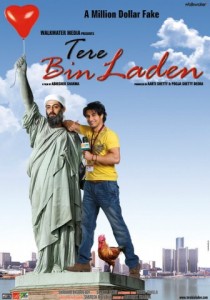 IMO, overall this movie is funny enough. The story ideas and the end story are unique. It becomes one of some Bollywood movies that I’ve watched and I enjoy it. 🙂 Not like common India movies, in this movie the actor (or actress) does not sing and dance in the middle of story line. 😀

From some information that I got, though “Tere Bin Laden” set in Pakistan, this movie is banned in Pakistan. I think the topic is quite sensitive there. Even you can find “Officially BANNED in Pakistan” banner in its official sites : terebinladen.com. 🙂

I knew and finally watched this film caused of my friend recommendation. Yes, he is a Bollywood maniac type. #nomention 😀

Welcome to my personal blog! Thank you for coming and feel free to leave comments, suggestions or just say hi... :)